Apple recently released a new update for the macOS and introduced new cosmetic changes, something that has not happened since the Yosemite update. I have Mojave’s developer preview installed on my iMac 2017 model and have written this article to explain the changes that this update of the operating system brings to its users. 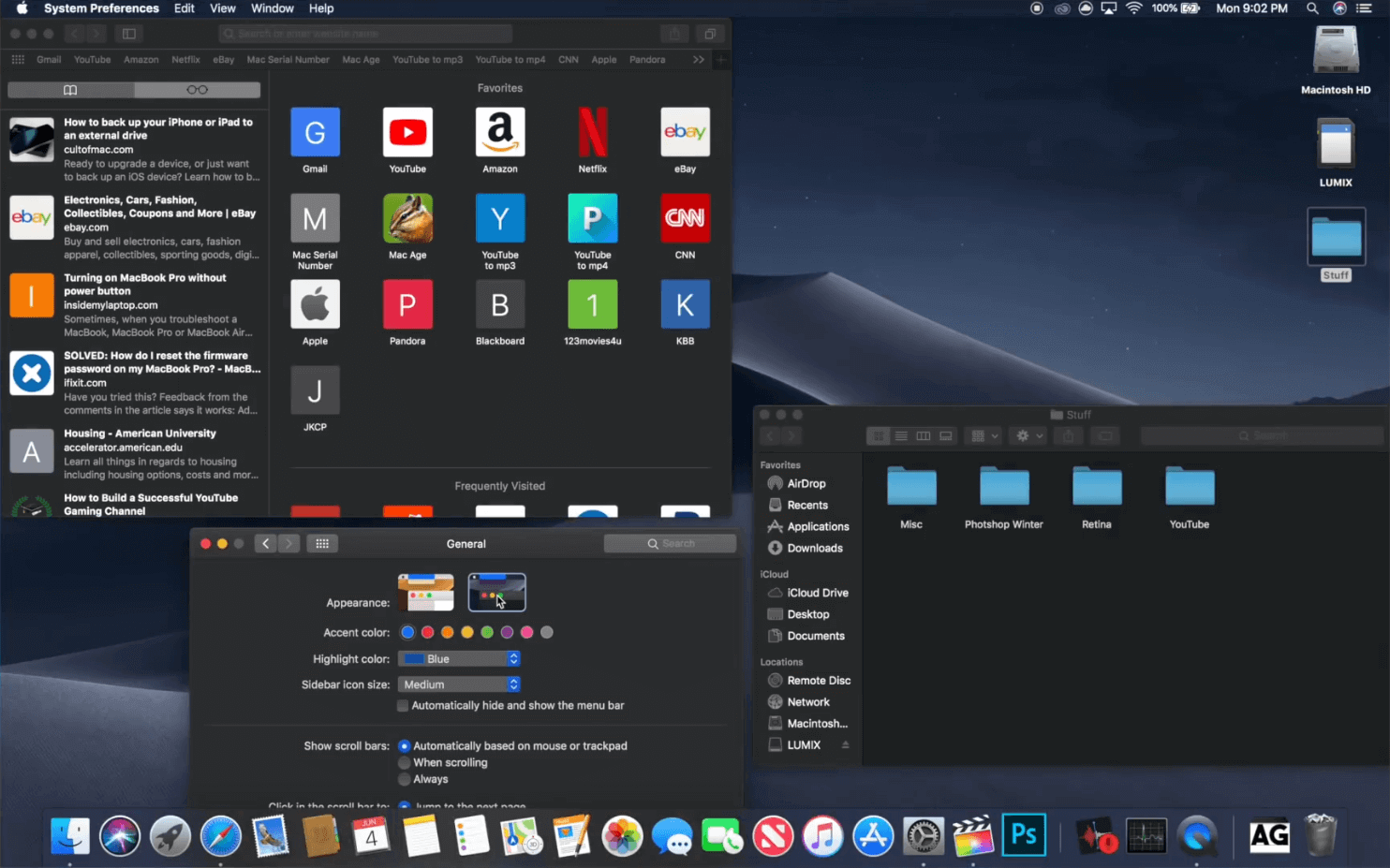 One of the best things that the new update provides is the dark mode for the macOS. Apple has made changes similar to this in the past. With the update El Capitan, you could change the menu dock bar and run them in the dark mode. This new update offers a lot more effects and when enabled is globally applied to every nook and corner of OS. So basically, unlike the previous update, the new theme and its dark design is not just limited to the menu dock bar but is automatically applied on all of your apps and programs, no matter whether they are inbuilt or 3rd party.

One another thing that I have noticed and what I really want to share with you guys is that with the latest update the dark mode is not only applied to the icons but some of the icons have been actually redesigned.

For example, the folder icon is a little bit darker than it was before the Mojave update. Furthermore, this new update also brings you a completely redesigned app store. It now looks similar to the iTunes store and uses the iTunes user interface to improve the overall user experience especially when they want to use the app store. The new design is definitely a plus point and it looks so minimalist and easy to use when compared to the previous update.

So far, I really enjoy the dark mode. It works great and because it is more coherent and allows it to be used in all of your applications, the menu dock bar, and all of your open windows, I personally feel I am going to stick with it.

To complement this new dark mode, Apple introduced a really cool feature called dynamic desktop. Basically what this does is based on your location and the time of the day, your wallpaper will actually change. Currently, there is only one wallpaper that can take advantage of this new feature it’s the default Mojave background. You’ll notice that from dawn to dusk, your background will actually change from light to dark.

One of the best usability updates that Mojave brings is the introduction of a completely new feature called Stacks. This feature is perfect for those who have a cluttered desktop and want to make it organized.

Just to make it clear, I do not have a cluttered desktop; however, many people do. So if you are one among those people who have all sorts of docs, files, and folders on his or her desktop and want to see them in a more structured manner, well here you have Group stacks for your rescue.

It won’t only help you to clean up your ugly desktop but will also help you to automatically organize all your jumbled mess according to the file type and icon type. 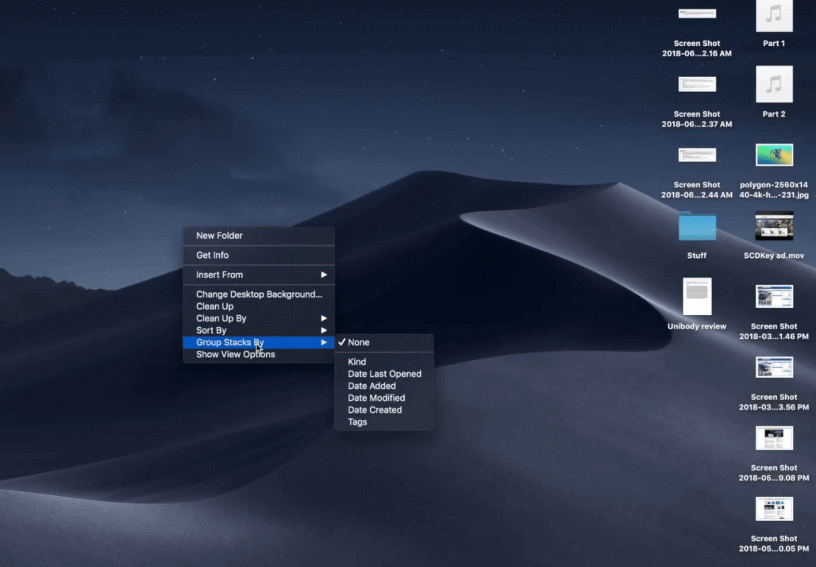 If you want to activate this feature then all you have to do is to right-click on your desktop and then choose a “Group Stacks By” option and then from the sub-options choose the method according to which you want your desktop files to be organized.

Within a few seconds, it’ll create these very neat little stacks of icons on the desktop. To view the contents of the stack all you have to do is click on it and it’ll give you a drop-down of everything that is piled up.

4 Apps Ported From iOS to macOS

Apple also brought over apps from iOS to macOS. They brought over news, stocks, home, and voice memos. Particularly interesting is the way that Apple ported these apps directly over from iOS.

Below I have discussed these porting memos in a bit more detailed manner.

When Apple brought these four apps over from iOS they didn’t just build new similar experiences they actually ported the code that ran on iOS over to Mac OS. Now, when they did this they brought part of UI Kit which is the framework used to develop apps for iOS over to macOS.

So, the apps that are running on the Mac are actually the same code that the iOS apps. This is just a preview and this technology will not be available to developers until next year. Even then it’s really cool to see what gets to the future of Apple as it begins to bring macOS and iOS closer together.

Essentially they look at some identifying information, including proficiency of installed plug-ins you have installed and other pieces of information to figure out who you are in a sea of people. Thus track you even if they don’t have any better information than just that.

So, essentially Safari is exposing the minimum amount of data required to make a website work, but of course not too much that they can actually do a good job of tracking. This is great for people who care about security, which of course should be everyone.

Additionally, Apple also made some interesting changes to the preview window as well. If you press the spacebar to view an image with preview, you now have access to a whole bunch of tools cropping, rotations, and markup.

Another fun new feature is easy-to-access application icons. The bottom right side of the dock shows the last three applications you used and that is not in the dock so that there is a way for easy access.

So overall Mojave is bringing a lot of really solid changes to the Mac operating system. So once Mojave is released later this year, I think a lot of people are going to find it not only a better-looking experience but a much more functional experience. There may not be too many updates but I think the changes to the UI and the usability of the app store, as well as the new security and privacy in Safari, are more than welcome to the operating system.