Of all the BenQ projectors I’ve reviewed, the BenQ MW632ST has managed to slip through the cracks.

It’s categorized as a business model projector, but can it work for your home theater or cinema? I believe the answer is yes. What about video games? Again, the answer is yes. It has features that you might not find in even premium-labeled projectors. With an affordable price tag, so many great features, and 500+ 5-star reviews on Amazon, BenQ MW632ST is definitely one of the best affordable projectors you can buy in 2019.

But don’t go with my words. In this review, I will discuss all its features, and then you can decide if it meets your standard or not.

In today’s review, I will show you two products, a projector of about $500 and a projector screen of only about $150. So basically, for less than $700, you could have a home theater, and it’s much cheaper than what you would probably pay for your next flat-screen TV.

So, the projector we’re looking at today is from BenQ, and this is the MW632ST which stands for a short throw. It works great for presentations in bright rooms, has a clear picture, and not a lot of space is required for a larger display. Well, that sounds a lot like specs that I would look for in a home theater too.

I think a lot of other people have realized this because, believe it or not; this thing has been flying off the shelves on Amazon recently. It’s been selling out the last couple of weeks, probably due to the holidays right around the corner, but somehow, we managed to get our hands on one. 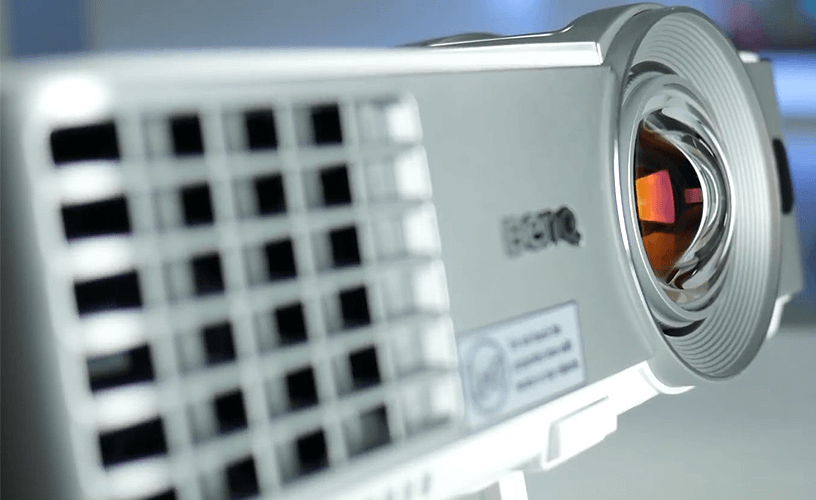 On the outer body, there’s a beautiful powder silver and white design made of mostly plastic, but this does have a little bit of weight to it. On the front side, there’s a tremendous big fisheye lens enabling the short-throw ability and plenty of ventilation for fans to keep this bad boy from overheating. 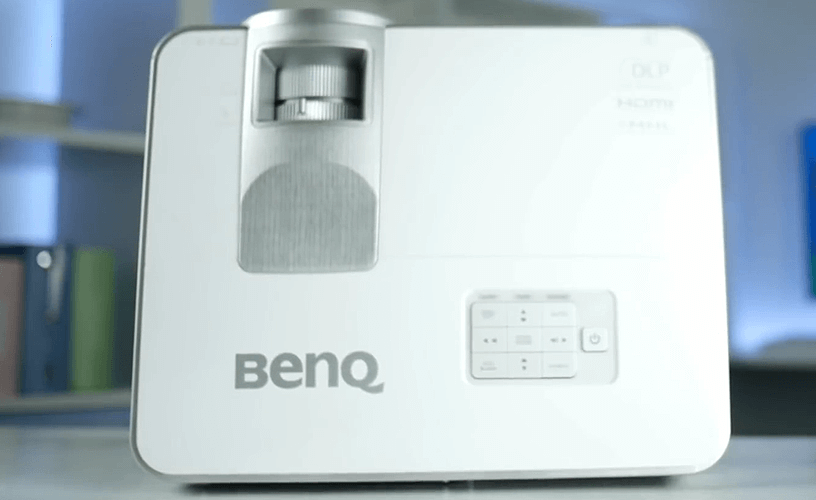 Upon the top side, you’ll find two knobs above the lens, one for zoom and the other for focus. Also, there’s a section of navigational buttons in case you ever lose the remote controller and need to operate this device and standalone mode. 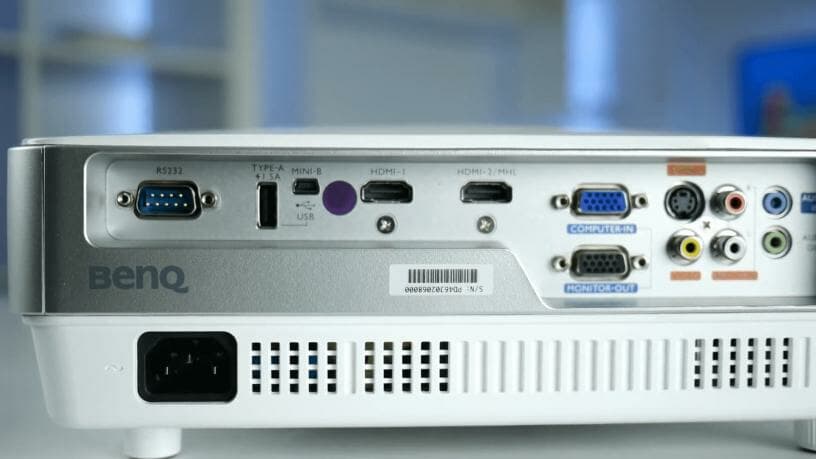 On the backside, there’s a variety of inputs, including RS232, a USB port a, mini B USB port, two HDMI ports, to a computer monitor ports for in and out, S video port, component ports, and audio in and out port. So, this thing really could connect to just about anything.

Overall in terms of connectivity, BenQ MW632ST is definitely one of the best short throw projectors.

And with that being said, let’s go ahead and hook it up to the PS4, and we’ll check out a couple of movies and games. This projector has a contrast ratio of 10000 to 1 and a brightness level of 3200 lumens.

In return, you can see it has very dark darks and bright brights, and the image clarity looks fantastic, even at 800p native resolution.

BenQ MW632ST projector could easily be mistaken for a 1080p model. The bulb life on this projector will last up to 10000 hours, so you can go well beyond the five-year limit without having to replace the bulb.

As for this test (image attached above), I have the projector about eight feet away from the screen producing 120 inches on the image. This is great because not a lot of people have gigantic viewing rooms, and this projector will work in smaller rooms for those types of scenarios.

Also, it’s 3-D capable for anyone thinking of watching Blu-ray movies with 3D glasses, and this thing will have the action jumping out of the screen at you. Now that doesn’t sound like an office projector to me.

So, let’s see what the games look like when we run them on PS4. So far, so good. The lag time doesn’t feel bad at all, and this was my primary concern. However, while pushing buttons on my piece for the controller, the projector actually feels pretty in sync with what’s going on with the controller.

I honestly can’t tell the difference between this and my day-to-day 4K projector when it comes to game lag. As you could see an Assassin’s Creed Odyssey, it looks incredible at 120 inches, and this is a great game too. By the way, if you haven’t tried this game, I highly implore you to give it a shot. 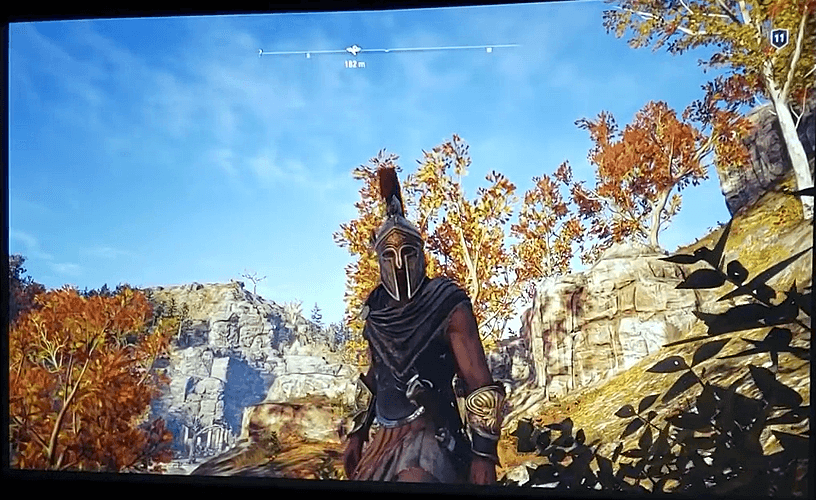 Look at the details and graphics this projector is spitting out (check image attached above) while I’m running this game.

So, to answer your question, yes. This projector can work great as a gaming projector, and it’ll also work fantastic for a home theater setup.

Now it makes sense why people have been going crazy on Amazon for this projector lately. It is, in fact, an excellent model. So what do you plan to use for your business or just for home entertainment? BenQ has delivered again!

If you want to purchase it, you can do so by visiting this link (affiliate).

I would suggest you hurry up before they sell out again and get ready for a big-screen viewing experience for this holiday season. I would also love to know your suggestions or your personal experience with the BenQ MW632ST projector in the comment section.